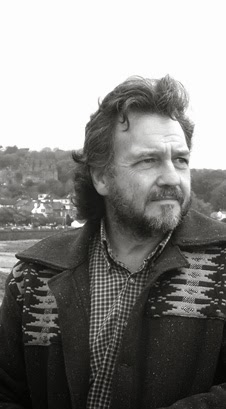 We were in a long room above a pub somewhere in Neath.  Nigel was teaching a creative writing class and I was the guest.  I was there to explain what sound poetry was.  This was the south Wales late 1970s and there were edges out there to be pushed.  Encouraged by Nigel I’d done a run of sonic recreations of Schwitters, Jandl and Cobbing and then finished with a blast of my own stuff.    At the back someone evinced the opinion that this was all, actually, crap.  A common perception.  TS Eliot would be spinning in his grave if he knew.  Dylan Thomas would be aghast.  However, this didn’t prevent one of Nigel’s more enlightened students from vocally disagreeing.  It’s not crap, he shouted, it’s good.  No it isn’t, was the immediate reply.   There was growling, a scuffle and then fists began to fly.  God this poetry is exciting stuff, Nigel told me, as he leapt forward to separate the fighting pair.

And it was too.  With Nigel at the heart of it.

Throughout the rest of his long career Nigel kept himself there.  At the heart.  Whatever else he became famous for – and there were a great many things – he still called himself a poet.  First and foremost.   For Nigel poetry was the same thing as blood.

Although never an avant gardist himself, not quite, he supported those who were.  If there was an underdog out there, someone not getting the right treatment, someone neglected or grossly misunderstood then Nigel would be the man to champion their cause.   He supported the work of extreme Welsh-Canadian concretist Childe Roland, for example, offering him readings, bringing him to Swansea, espousing his cause.  He supported the successful bid to get that writer offered full membership of the Welsh Academy.
The mainstream was not where Nigel felt most at home and despite his not inconsiderable success out there at the top of the tree – the BBC, The Arts Council, the posher publishers of Wales – he never lost touch with the other way of carrying on.

In America they loved the sound of his voice.  I was with him in upstate New York where he was fronting his poetry and music group Y Bechgyn Drwg.  Dressed in Stetson, long black coat and cowboy boots he could have doubled for Johnny Cash.  But it was the Richard Burton-like sonority of his voice that engaged his audience.

In the latter part of his life the haiku, that three line form, seemed to take the place of his longer verse work.  He told me once, walking across Swansea Bay in early  2012, that he thought poetry had deserted him.  I just haven’t written much lately, he confessed.  Does that mean you are no longer a poet, I asked?  Certainly not was the immediate reply.

We’d worked on psychogeography together.  His Real Swansea was a great success.  He’d followed it with Real Swansea Two and before he died had virtually completed Real Gower.  We’d wandered Mumbles together doing research for my Edging The Estuary.  Nigel was keen to show me the ancient roadways of Swansea, Celtic walkways that went out into the sea, wooden paths built millennia ago, unearthed by archaeologists and still magnificently there – except in the incoming tide we never found them.  We turned in circles.  Nothing.  That non-finding, as Nigel later pointed out,  was in itself a perfect psychogeographic act.

It’ll be hard now not having Nigel out there on the other end of the phone and always ready to respond to emails.  Like me he was a hater of Christmas and in the early days did almost everything he could to be in work away from it all while the festivities rumbled elsewhere.  For many years we’d celebrate this fact by calling each other while the rest of the world was eating turkey.   He’d known John Tripp well, had written the Writers of Wales volume about him.  He was one of the few in Wales who’d followed the poetry wars of the 70s and was familiar with how verse was everywhere from Serbia to San Francisco.  He also understood and valued the little magazine and the small press.   He ran one himself, publishing unknowns and setting them against the prevailing mainstream tide.  He knew who Wales’s champions were, the real ones.   He possessed one of those Hemmingway devices, a built-in, shock-proof, shit detector.  He knew who our chancers were.   He tolerated them with ill-ease.

He valued our country and hated to see it maligned, misrepresented or  misunderstood.    He was patriot to the core.

Others better qualified than I can write about his place as a travel writer, peace protestor, editor, encyclopaedist, teacher, critic, essayist, prize-winner, associate professor, publisher, champion, linguist, administrator,  walker, harmonica player, bon viveur, broadcaster and donkey jacket wearer.   The jacket, that one with the embroidered shoulders. He must have worn it for  forty years.

Nigel, we’ll miss you.  We won’t be able to replace you.  You’re an impossible act to follow.