Are these the best ways to create new work? When you are starting out and you have none and all the work you’ve ever done has been written because you wanted to write it you imagine that commissions are somehow the pot at the end of the rainbow, the holy grail. Get one and the future will be secure. Real work. Stuff you get asked to do and with recompense somewhere down the line at the end of it. You fervently hope.

The Poets Laureate who are on a sort of full time permanent commission, at least for the period of their holding of the office, are a particular case. How well do they fare? Ted Hughes, heart not in it, clearly hopeless. Andrew Motion, considerate and acceptable enough but nothing really to make the heart soar. Duffy, early days, so far so good, but where next?

Commissions are drivers but they are also constraints. They remove the need, as it were, for the hunt for initial inspiration. They mark out territory. The commissioned bard simply has to fill in. It’s a game full of joy, strain and endless teeth-gnashing stress. Can I do it, will I do it and, having done it, will it be any good?

The playwright Roger Stennett told me years ago that his method was to do absolutely nothing until the deadline for the commissioned work was virtually on him. Then he’d lock himself in his room for a day or however long the work would take and go like fury. This was the up against the wire solution. The terminator arriving and the work coming out of you like sweat. Start too early, he argued, and the adrenalin wouldn’t be there to help.

One’s attitude depends, I suppose, on where you see the poet sitting in society. Is twenty-first century verse still a self-indulgent activity with the poet right at its heart? Should poetry’s ultimate audience be considered at all? Or is poetry still essentially a personal art? Indeed, who do poets write for? Do they act like late capitalists looking for a gap in the market and then moving in to fill? From the evidence of the blogs and the anthologies and the mags most certainly don’t.

Commissions do away with this dichotomy. They walk right round it. But they can still induce copious fear. I am usually scared to death when one arrives. Can I really do this? Will what I come up with be as good as my last creation? Do I still cut it as a poet? Hasn’t everything I’ve done so far just been some sort of fluke? Will the future be an Alzheimer’s’ plateau of inability and dark?

My technique is to go at it immediately and not to let up until I’ve enough down on paper to stop the sweat from worrying my brow. That happened with the recent piece I’ve written for the Penarth poet Harry Guest. Guest will be 80 this year. A famous Penguin Modern Poet with a Shearsman festschrift due for publication soon. I opened the commissioning letter, thought about it for a moment or two, then turned on my computer and didn’t turn it off again until I had the bones of what I was going to do written down.

The same sort of thing happened with the poem outside the James Street South Wales Police HQ in Cardiff. On that occasion I had to make a presentation of my idea to a lay panel and worried myself stupid about it all week. The poem was the only thing in my brain, 24/7. In the event the art work architect talked, the panel smiled, and I then performed. Someone cheered. The rest of the panel applauded. I knew then that we were in.

What you end up with here is completed work. Material that broadens your range. Up ahead money usually changes hands and to make that happen you need to deliver the goods. Otherwise you fail. Poets don’t fail. They never do. I haven’t done so. Not that I know of. Not yet.

Posted by Peter Finch at Thursday, February 09, 2012 No comments:

In Celebration of the 200th Birthday of Charles Dickens 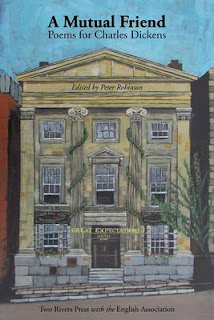 taken from A Mutual Friend - Poems for Charles Dickens.
Edited by Peter Robinson.
Two Rivers Press with the English Association. £10.00 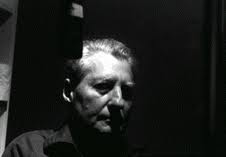 When you start out as a collector of books you just have a few. You put them on a shelf. And in the way of things that shelf soon becomes full. After that it’s only a short jump to owning several shelves, all of them packed. You don’t throw anything away or pass it on. It may become useful at some indeterminate time in the future. You may need to check that reference. Remind yourself of just what it was that author said. The books multiply. They arrive in floods. They flow around the room.

You can hold the catalogue in your head too. You know just where everything is. Then, after a further few years of book collecting, you find you no longer can. The stacks and piles surround you. Things you want disappear. Something must be done.

When this happens, and it has happened to me many times in my life, decisions need to be made. Keep, chuck, donate, sell – which?

I always believed that books were an investment. I was brought up that way. Books held intellectual, cultural and economic value. You could use them, in hard times, as a means of barter. You could exchange them at second hand shops for cash. You could sell your rarities for high sums. You could, if you were Richard Booth, the self-styled King of Hay, donate the dross to poor pensioners who could heat their winter rooms by burning burn them in their stoves. Truth is it hasn’t worked out like that.

Books today appear to have a rapidly decreasing intrinsic value. No one wants them anymore. The second hand shops have all closed and the market for rarities is shrinking fast. Where once a decent hard-backed ex-review copy could be resold for a few pounds you are now lucky if you can find a jumble sale willing to take it for nothing. Charity bags shoved through your letterbox want clothing not paper. At Amazon you download the digital rather than delight in the smell of print on paper. Well, a lot of people do.

But to hell with all that. I come from an older world. I’m back in the study where my new Ikea Billy Bookcases now line the walls. I’m engaged in the big job. Reorganising the home library. The pamphlets, those unwanted nuisances even when they were new, are mostly now in a box. Or several boxes. When they first came out they were only visible when you held them in your hand and you only did that for a few brief moments. Then they were consigned to the literary past. Instant gratification before dissolution. The early Anglo-Welsh Triskel pamphlets of John Tripp and Leslie Norris, the wonders of Bob Cobbing’s seemingly endless Writers Forum, Ian Hamilton Finlay’s cards, booklets and folded sheets, Topher Mills’ Red Sharks with their bindings still intact. My own second aeon delights, D M Thomas, Thomas A Clark, Will Parfitt, JP Ward, William Wantling, Geraint Jarman, David Callard, all with their staples rusting and their glue coming undone.

There’s a shelf of Beat Generation originals that I hold extremely dear. My early paperbacks of Jack Kerouac, William Burroughs, and John Clellon Holmes. My City Lights first editions. My hardback obscurities. Norman Mailer’s The White Negro. Ginsberg’s Kaddish and Howl. Below them the books by the Angry Young Men. John Wain. Kingsley Amis. And the fellow travellers. B S Johnson. Alexander Trocchi.

Next I’ve set out my collection of concrete poetry. All embracing when it arrived and flourished between the early 50s and the late 70s. Reduced to three and a half shelves now. I’ve all the major anthologies, books by the masters, European material, American stuff. In the centre are my books by Jackson Mac Low. The genius of repetition and process, of system writing, of variations driven by mathematics, of permutation and alignment and chance. His was a poetry that challenged the whole idea of what could be poetry. Verse’s Alban Berg, Schoenberg, Stockhausen, poetry’s John Cage.

He came to Cardiff. I got him to read at No Walls in the Marchioness of Bute pub where Boots now stands in the centre of the city. He gave us the works: chants, murmurings, declarations, repeats, glorious showers of verbiage that may have held no inherent narrative but thrilled the audience nonetheless. What Mac Low was presenting us with was idea rather than emotion, light bulb moments rather than sentiment, poetry that worked not because of what it did but because of what it was.

I check my titles. I’ve half a dozen. None of them signed. I rarely remembered to ask. Jackson came back to the flat and slept on the couch. I presented him with a copy of my own early visual stuff. I’ve no idea if he read it or not. He never wrote to say.

After a while he worked out that having heard how words arrived at by process often sounded one could create them anew, avoiding process all together, right out of the middle of the head. Abandon the process and write as you imagine process to be. Read his Twenties (Roof Books,1991) Here are 100 separate poems “that were written intuitively and spontaneously”. Although he does qualify this when he says that “it might be misleading, however, to call these poems ‘intentional’, in that each word, etc., was written as soon as it came to mind or (in some cases) when I saw or heard it. I hardly ever revised..” Jackson Mac Low died in 2004.

How much Mac Low is there out there free forever on the net? Copious amounts at http://epc.buffalo.edu/authors/maclow/ as it turns out. But as much as I have on my shelf? I doubt it. Let’s keep it that way.