Olson, Ormond and the Energy Flow 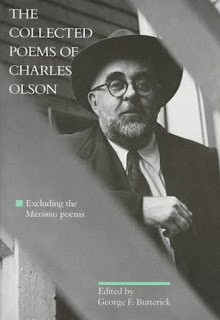 I was in the front bar of the Conway. This was back in the days when the Conway had a front bar. It was here that the great Anglo-Welsh poet and filmmaker John Ormond held court. Ormond had risen to fame by making unparalleled documentaries about the poet R S Thomas, by writing verse good enough to get Oxford University Press to publish, and for knowing Dylan Thomas personally. There’s a photo, somewhere, of a barely recognisable Ormond sitting on some rocks with a few other people. One of them is allegedly Dylan.

John was generous with his time. He’d looked at my amateur verse on a number of occasions and actually bothered to make suggestions which helped me improve it. “Why not take the beginning and put it at the end” was one of his better ones. I was the new white hope. This mainly because I was young, omnipresent on the nascent literary scene and full of energy.

“The trouble is, Finch,” he told me, “that they won’t be putting ‘he had energy’ on your gravestone.”

I didn’t know what he was talking about so he explained. “You need to start writing something of worth.”

The big literary subject of the age was the battle between form and content. Being full of enthusiasm for poetry but not actually having very much to say was anathema to John. Much of the theorising went back to Charles Olson (1910-1970) and his Black Mountain College in the Appalachians. His manifesto on Projective Verse had much to answer for. “A poem is transferred from where the poet got it, by way of the poet, all the way over to the reader.” Poetry as energy, poetry as flow. “Form is never more than an extension of content,” as Olson’s pupil Robert Creeley put it. Much of this was taken to mean that form on its own was sufficient. Not really what Olson meant, I believe, but what many of his followers actually carried out.

In my case that translated into an enthusiasm for the art of verse itself rather than what verse could do. Nothing much, the saying goes. Ormond begged to differ. “You must have a message,” he insisted. “Celebrate, describe, honour, encourage, excite, manipulate, promote. You need to do those things.” So I did.

I suppose that as my ability to work in a range of forms has expanded over the years I’ve learned that the content of what I want to say usually dictates the form it will eventually take. Some things are prose fiction, some extended verse, some post-modern shake-ups in sound and letter. The idea arrives first then you work out where to take it.

Olson, revered as one of the great twentieth century American poets, was never readily available in the UK. You could read about him and the work of his pupils but rarely could you get your hands on the poetry of the man himself. I was once standing on the poetry balcony at the second iteration of the Welsh Arts Council’s Oriel Bookshop. The one in the Friary, Cardiff, at a time when commerce was beginning to rear its difficult head. I was manager. I was showing Andrew Motion around. “What I’d like to see,” I said, waving at the endless shelves of titles, “is something like a collected Olson appear from Penguin. Wouldn’t that be a great idea?” There was silence. Motion was still. Then he spoke. “No. I don’t think so,” was all the future poet laureate said. 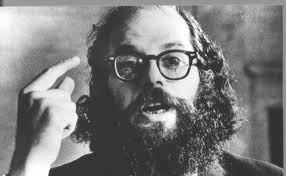 For some Allen Ginsberg, at the heart of the last century, is the man who started it all. He was the one who made poetry thrilling, who made it vital, who made it something that the young wanted to engage with, who used it as a weapon of resistance that had authorities rushing to investigate and ban him. The man who made poetry so bloody appealing and who made it so easy to get on board. For others he was simply a bearded, balding hippie who smoked too much dope and took himself far too seriously. Not me, not Bob Dylan, nor a host of others. For us Ginsberg set the motor running.

He invented things. Breath length. A long verse line that went on for as long as there was breath inside the poet to read it. Once the breath ran out so, too, did the line. A poetry that filled the page. Then there was first words, best words. Get it down as fast as it arrives and in the order that it comes. Hold back from rewriting, the spontaneity and energy might dissipate. That led to a whole raft of followers churning out their first thoughts and leaving them as they were, unamended, unmoulded, sitting there in their ragged and unfixed glory. Easy poesy. Too much really. But the Beats were into spontaneous bop prosody, ways of making their thoughts align with the horn solos of the bebop jazzmen they so admired.

Yet despite Ginsberg’s teachings it’s my belief that rewriting is about as essential as coming up with the words in the first place. Nothing ever arrives complete. Everything needs some consideration. How much is what poetry is about.

First words, bets words, one side of the argument. “On the other is the belief that intuition provides only so much raw material, which the revision process shapes, much as a sculptor shapes his stone. Baudelaire mocked those writers who “make a parade of negligence, aiming at a masterpiece with their eyes shut, full of confidence in disorder, and expecting letters thrown up at the ceiling to fall down again as a poem on the floor.””” That’s from Stephen Dobyns’ Best Words, Best Order: essays on poetry. Like Baudelaire Dobyns is no slouch when it comes to verse. And here I think he’s got it right.

For me I’ll go through any number of changes. Leave the thing lying and then sneak up on it and see how it looks. Inevitably something not spotted before will now need fixing. But there’s a limit. Robert Graves made a virtue of rewriting and there are tales, apocryphal no doubt, of him making fifty drafts and even then not feeling he’d made the poem work.

Readings help. You try the thing out in the air and suddenly it starts sounding so different from how did back there on the page. Bits don’t gel, don’t slide, go on for far too long. You take the text home and you change it ready for next time. And next time if the bumps are still in place you take it home and change it again.

If you have a look at Ginsberg’s original manuscript for his masterwork, Howl, you’ll see that he’s made any number of changes himself. Howl did not arrive in the night, fully formed, even if that’s the myth some like to promote. It was the result of concentrated effort and a considerable amount of editing.

How Old Do You Need To Be? 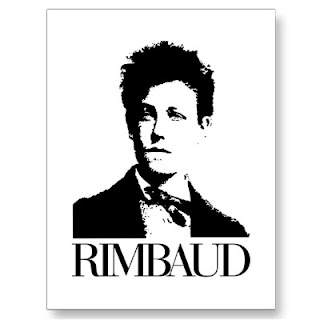 Do you need to be young to cut at the edge? Maybe the best thing is to burn bright and soon and then vanish. Arthur Rimbaud did this. J D Salinger too. Not quite one hit wonders but writers who said what they had to and then removed themselves from the literary scene. Other concerns, other fears, other things to do.

The alternative is to die. And to do that while still at the precipice of promise or, certainly, with still a lot in there to give. Jimi Hendrix, Shelley, Byron, Hart Crane, Emily Bronte, Sylvia Plath, Jim Morrison, Amy Winehouse, Buddy Holly. Not many from Wales. Round here in the rain we tend to resolutely hang on.

When I was young I firmly believed that it all happened then. Now I’m no longer I don’t. Big Bill Broonzy, I often quote, did not learn to play a guitar until he was forty. That gives credibility to the state of the late starter. Everything is still possible – and that despite your eyes starting to fail and the fat arriving. Although it turns out that Big Bill was nearer thirty when he bought his first guitar. He actually played the fiddle before that.

No matter. Can we still be at the cutting edge in retirement? Bob Cobbing was, roaring his sonic poetic wonders until well into his eighties. Although it can and has been argued that his ground-breaking all happened when he was much younger. The latter-day work was mere permutation, extension and repeat.

I’m really not sure.

But I am certain that the future should be firmly in the hands of those who are going to occupy it. That includes the whole digital text, end of the book as we know it rigmarole too. I’ve said it before and I’ll do so here again, critical articles in Planet notwithstanding. The ultimate future is no longer with hard copy print. Those who love paper will be safe until they die out. But then the keyboard thumb will become master.