Performance - Standing Up or Sitting Down? 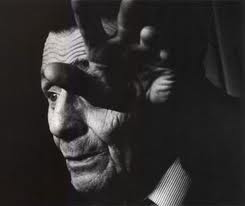 Performance, what is this? It’s a label that sometimes gets used for what I do and it happens increasing often these days. It isn’t something I’ve sought either. In fact, being labelled a performance poet sets up an audience expectation that I often don’t really want. Calling what you do performance creates an expectation of arm-waving entertainment, histrionics, in-your -face politics, up-front humour, shouting, stage dominance, strange costumes, and most of all, instant gratification. Immediacy. Performance poetry equates with instantaneous access. With material that requires little distillation and hardly any subtlety. Material that works at the moment you hear it. Bang. Like that. And that is often just not what I do.

How did we get from there to here? There was a time when poetry readings were delivered in quite, considered mode, in front rooms and small quiet halls, in places where people with hats would sit and not, where poets would stumble and mumble and read with their heads down tight into their books rarely ever engaging the audience’s eyes. Poetry would seep. It would flow into the air like a kind of fog. Readings were attended because, why, who knows? Maybe because it would be an opportunity to see the face behind the word. It would be a chance to show solidarity with an arcane art. It would allow poetry lovers to hear how the lines were meant to fall, as delivered by their creator. That would be someone who might also add a few introductory remarks of illumination and explanation. A scene setting for verse. If you needed such things.

Some poets could do this and some did it fairly well. Dylan Thomas had the reputation although I only ever heard him on record. I did witness A G Prys Jones in action and Harri Webb, John Tripp, Glyn Jones, Gwyn Jones, John Idris Jones, Gwyn Thomas, Bryn Griffiths, Roland Mathias, Raymond Garlick, Tom Earley, and others central to the then Anglo-Welsh cannon standing up in halls and side rooms and having a go. Most of what they did was unedifying, poetry that seeped out and stumbled across the floor, that had you reaching for the relevant book to get a handle as to what was going on. I’m talking here about how they presented their material, of course, and not the material itself. John Ward turned up on stage once in a stylish working man’s donkey jacket. A breakthrough I thought. No chance. The organiser castigated him for not looking the part. Bloody hell. The part. Poets as bankers, poets as ministers. There had to be a better way than that.

Nobody seemed to care much about stage presentation, working out what they were going to read (their set lists), finding ways of doing this without spilling their books all over the place and dropping papers on the floor, about actually engaging with their audiences. It took a new generation of stand-ups like Adrian Mitchell and Brian Patten to come into wales and show the world the way to go. Even then the shoe gazers on the Welsh circuit carried on more or less as they were.

My interests were actually in the European avant garde. A place were writers made sounds for the sake of hearing how their voices came over in the actual air. Ernst Jandl. Bob Cobbing. Henri Chopin. Edwin Morgan. ZZxxbghghgh hick hooo ahahhh. To do this you had to push your voice out to the back of the hall, had to arm wave, have confidence, engage your audience by looking them in the eye. Famously we brought all this to the Reardon Smith Lecture Theatre in the early 70s and blew the sedate Cardiff poetry world into the corners. Some of it anyway.

For me that approach led directly to the one I use now. Standing up, using the voice, making it work for me as a prat of the poem itself. Adrian Mitchell told me that you can use your voice to slide across a faulty verse once or twice but that after a time it gets so you have to fix things. This has proved to be the case. Public readings always lead me into rewrites. I always use text, too. My poetry is a written thing. For some present day stand-ups that isn’t the case.

These days however, I often long for the old ones. Those times when you could quietly move through your work, sometimes explaining sections, letting the words themselves rather than the way they sounded do the work. Hard to manage amid contemporary expectation. Occasionally I announce that for my next reading I will sit. Sit and read. Harder to project then, less likelihood of histrionics, but still delivered with strong voice and for the audience rather than at them . Works too.

I’ll be at The Promised Land doing some of this again on the 5th December, 2011. I might sit on the other hand I might also stand.

That's not me but the late Henri Chopin at the top of this posting.

Recording The Unrecorded - Has To be Done 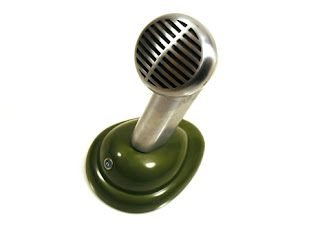 It’s good to see that after all these years there are moves out there to preserve who we are and who we were, to hang on to our literary heritage. Some of it, at least. After decades of allowing the best readings to pass unrecorded and our great readers to move into their fractured-voiced dotage without any of their performances being kept change is afoot. Lack of record hasn’t happened to everyone, of course. There are recordings out there of some of the historical world-beaters, certainly. W B Yeats sounding like an Irish rain dancer wailing The Lake Isle of Inishfree, TS Eliot coming across as a banker, Tennyson (yes, really) charging the light brigade in his Lincolnshire drawl and Dylan Thomas using the sort of received English that might have worked well when he was making albums but would get you nowhere fast today.

Yet of the many top readings I’ve witnessed over the past four decades scarcely one was put on tape. Jackson Mac Low at No Walls. Sorley Maclean heart clutchingly supporting R S Thomas. Ted Hughes at the height of his powers at the Sherman talking about being in Wales. Henri Chopin making body sounds at the Reardon Smith. John Tripp in full diatribe mode upstairs at the Marchioness of Bute. George Macbeth in the Blue Anchor. Yevtushenko at the Conway. John James and Bill Griffiths at the Central Hotel. D M Thomas at Oriel. Seamus Heaney at the Bute Theatre. There were scores more. All now lost in the air.

It was worse at more local readings where poets could rise to fame and fall from grace without ever cutting a single track. Admittedly occasional recordists brandishing fuzzy cassette recorders would appear. They’d ask if they might leave their microphone out front. Latterly, we’ve often witnessed men (and it was usually men) using tripoded video cameras from the corners of halls. Where their collected recordings ended up I’ll never know.

Of the poetry of these lands the conventional usually got the better deal. If a University set up a specialist department (such as the one with a certain amount of flair and prescience spearheaded by Tony Curtis at Glamorgan) then when recordings were made is was the central cannon who were invited in. Glyn Jones, Harri Webb, Leslie Norris, Emyr Humphreys. The innovators, experimenters, edge pushers and the frankly and boldly new were left to manage their own rock and roll.

But out of left field now come our online saviours. The new generation archivists have a particular interest in poetry of innovation, that broad left-field of writers who spent most of the 60s, 70s and 80s out in the literary and academic cold. The British Electronic Poetry Centre at the University of Southampton has captured a range of the British hard core including Ken Edwards, Thomas A Clark, Caroline Bergvall and Frances Presley. http://www.soton.ac.uk/~bepc/ At what was once the Academi and is now Literature Wales the online writers database is slowly being populated with mp3 files of Welsh-based writers reading. Some of these come from live gigs other are by special arrangement. A thin presence right now but it’s thickening slowly. http://www.literaturewales.org/writers-of-wales/

The Archive of the Now – started by Andrea Brady at Brunel and now operating out of Queen Mary, University of London http://www.archiveofthenow.org/ - styles itself as constituting ‘a scholarly, aesthetic, social and political resource for writers and readers of innovative poetry’. Its range is wide and increasing. A glance down their extensive list of contributors revealed loads I wanted to listen to. They ranged ranging from Britain’s answer to John Ashbery, J H Prynne, to the land’s hardest working non-metropolitan innovator, Geraldine Monk. But there were also literally dozens of names new to me. Quite a few of those I’ve clicked on have been a revelation.

My contributions, online next month, are a mixture of material captured down the years at live performances, stuff made in electronic music studios plus new material, recorded standing up in my living room, giving it a good blow.

Reading to an audience of one certainly creates an austere atmosphere. The language shifts and fractures along with the bent vowels and mashed consonants were a breeze. Most of the jokes, however, fell flat. We’ll edit those out a leave the core intact. Finch, after all these years, once again Now. Check it out. It’s an honour. Put your speakers on high.

Labels: Archive of the Now, Ashbery, Dylan Thomas, fixing the past, getting it done, getting it down, J H prynne, making it good, R S Thomas, real good, W B Yeats
Newer Posts Older Posts Home
Subscribe to: Posts (Atom)