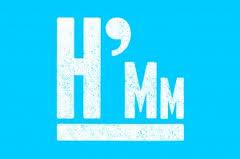 I’ve never been one to win things or obtain honours. My books don’t get onto short lists. Not that I’m complaining. This is how it is. After at least forty years in the business I’ve barely a literary award anywhere in the house. There was a runners-up book token in a 1970s National Eisteddfod Concrete Poetry Competition. I was the only entrant and I still didn’t win. And a third prize in the 1982 Bridport Short Story Contest. I didn’t enter anything after that. Last year I got the Ted Slade Award for Services To Poetry. A significant boost. Maybe the times have turned.

Last time I got another. I’m now the officially adopted poet of the Institute of Directors. There was a ceremony at their headquarters, the William Burges-designed and rather splendid Park House Club on Cardiff’s Park Place. The building is going through a new promotion campaign and has itself wrapped in a giant pink bow. Could have been to coincide with my reading I suppose but I rather think not.

Getting companies to adopt poets is the idea of Ali Anwar, an Iraqui-born Cardiff businessman. He has set up the H’mm Foundation to promote his cause. Poets are cheap, announced the evening’s mc, the broadcaster and author Jon Gower. You’d be amazed how little they charge. He does us down. It’s true that many a bard will turn out for not much but in the end we all need to keep the same wolf from the door. In terms of remuneration a small rise in the level poets are paid wouldn’t go amiss. Current rates of anything between £50 and £250 for an evening’s show have been pretty much the same for decades now. But I digress.

Ali Anwar’s idea has a certain amount of brilliance to it. He’s determined to get poetry into the workplace and into places where it previously has never thought of going. Poetry at board meetings, creative writing classes for workers as an aid to productivity, verse as inspiration to sales teams, poetry in the PR departments, specially commissioned works for the annual conference, poets leading the workers in the singing of new company songs. Poetry that does something, poetry that earns it keep.

The room is packed. Directors, associates, company presidents, board members, Assembly members, innovators plus a few other writers here to see how the whole thing hangs together. I spot Ifor Thomas there, Clare Peat, and Clare Potter. We’ve all had some wine and are slightly mellowed, the mc has set the scene and now I’m on.

For me it’s a new audience. I give them a fair sampling from my greatest hits. With my own business background and with time spent in the corporate sector it’s not that difficult for me to build bridges. I start with a sound poem which predictably stuns and then follow with a found poem made from lines taken from North American Welsh ex-pat newspapers. I then add a few pieces about committee meetings, sales techniques, sending your offspring to university, meeting your wife’s lover and, for good measure, the political economy and future of that place we all love, Europe. Be eclectic. Stare them straight in the eye. Stay on your feet. Entertain, engage, make them laugh if you can. I do.

My cop out is to leave my new poem, part of a sequence about Assembly members drawn from their public pronouncements, Omaggio a Edwina Hart (The Welsh Government’s Business Minister) in my bag. Never yet done in public and still unrehearsed. It might have struck the wrong note. But given the nature of this group I doubt it. Next time.

Georgia Ruth, who amazingly worked as my personal assistant for my few last months with Literature Wales, rounds the event off with three song. Two of these are her own and one is a plaintive ballad from the American minstrel shows, Old Dog Blue. She’s got something, Georgia, a voice that lifts the spirit and an ability to write songs as if she were the reincarnation of Jackson Browne.

The other side of the applause I’m standing there with a glass in my hand, pleased I’ve managed my first real event in an age when I’m confronted by the smiling face of an academic not normally an attender of my events.

You know, he says, that was really good. I didn’t know you did things like this. Your books are, you know, okay, sort of. But hearing the poetry performed brings it alive. Ali Anwar and a small collection of others standing in the same circle all nod in agreement. It’s a compliment. Isn’t it? I’m not quick enough, of course. I should have replied, thank you, you know that’s rather how I feel about your own work. But I don’t. I smile instead.

It was a compliment, says Sue, on the way home. Just not that well expressed. She’s probably right.

This morning Robert Lloyd Griffiths, Institute of Directors secretary tweets “Thanks so much for your contribution to our even. Superb!”. Got through somewhere then.

Now for the hard part. Taking poetry on to where drink is absent and commercial success is paramount. A place where you don’t normally find poetry. At work.