It's Such a Dangerous Medium This Photography 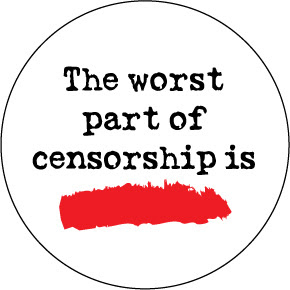 I’m off along the Estuary, camera with me. The big one rather than the compact. With the big one they all expect something of you, even though you are just a snapper. Something to do with cost and size and expectation. Big cameras make you look professional even when you are not. Trouble is my Nikon D90 does take good pics. The long lens brings in distant subjects. The wide angle takes brilliant landscapes. When you point it you have an idea of what you are going to get.

With the Lave fishermen – these are the guys who sail out into the muddy Estuary below the Severn Bridge and fish with nets that look like something from the Sea of Galilee – it’s all laughter about how I might go flat on my back in the mud fields – glutinous stuff everywhere but on the camera. “He’ll protect that, you see.” Says Martin to his fishing companions, “just like that TV documentary man last week.” I don’t fall, in case you wondered. But I did get out there in the boat on the tidal waters and I took some great pics of men up to their chests in waders, hunting salmon. Didn’t catch any. Not a thing. “I’m off next week on holiday, “ Martin says. “Anywhere nice?” “Going to Ireland. Fishing trip, you know”. What else.

Going round Aberthaw Power Station is another matter. When there’s someone talking to you then you just can’t concentrate on taking pictures. It’s as much as I can do to point and shoot, hoping something I wanted will get in through the lens. This is where the compact comes into its own. Unpretentious. Easy to hold. Weighs nothing. Works every time. Don’t line anything up, to hell with the light and the focus, just hope. I use this as a sort of aide memoire, a notebook, I tell them. Saves me from having to write things down. “You go ahead”, they say, “take what you want.”

At Port Talbot it’s different. Here I have the big Nikon because I need it to see into the distance, because I want to try to make something of this industrial intrusion among the perfect sand dunes, because what’s there in front of me is so amazing. Full of fire and smoke and flying dust. I’ve walked up along the beach, top of the bund the Tata steelworks have built to keep the marauding sea back. The beach is a long yellow gleam of a thing and it’s totally empty. Not even a man in the distance digging for worms. I’ve got here on a public path and, far as I know, I’m still on it. Although I have to say it’s beginning not to feel quite like that. What with the thunder of heavy lorries and the grind of the conveyor belt and proximity of emissions and smog.

The guard who stops me, puts me into his gleaming, light flashing vehicle and drives me off site. He could demand my memory card at any second. He’s on the radio. “Pair of members of the public here illegally. Yep. One of them has a camera. Yes a camera. That’s right.” Hell, like being caught with dope or porn by your parents. I try to hide it, slide it round my back, hope it gets lost next to the daysack. You are not allowed to take photos here, I’m told, firmly. Sorry, I mutter. But to be fair he's pretty reasonable after that.

It was the same thing when we stopped the car half way across the site of the Dong power station outside Newport. John Briggs and I quietly shooting a road sign that reads DIVERSION WHEN FOGGY. Urban surrealism. Signs of the future. States of mind. A van arrives with lights flashing. “You can’t do that, you’re not authorised”. Hell no. It’s such a dangerous medium this photography. Shows the world the world and lots of people are not happy with that. It upsets people in a way that writing usually doesn’t. Why is that?

Peter Finch is currently researching his forthcoming Seren title Edging the Estuary – Where Wales Runs Out. Cameras, security guards, sea walls, wave cut platforms, gouts and fire, mud, menace, power and people will all feature. Watch this space for further details. It’ll be a while yet. 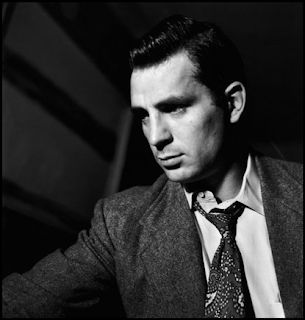 Ah yes, the Beat Generation. Sounds so much like the past now, if it sounds like anything at all. Back then when the Rock’n’Roll fifties rolled into the Beatle sixties all we had here were the Angry Young Men. Men, you notice. Women had yet to be invented. John Wain, Kingsley Amis, John Braine, Stan Barstow, John Osborne, Colin Wilson. Angry, not really, not that much. Did they defy literary convention, compositional practice, plot line or form? No. Did they have good tales to tell, ones the young could relate to? That they did. But as a group they lasted hardly any time at all before moving on to other things. Their music was the pre-war jazz beloved of Philip Larkin. Kid Ory, Louis Armstrong, Teddy Wilson, Fats Waller, Duke Ellington. They were working class. They liked beer. They’d never heard of Buddha.

I read them. Hurry On Down, Lucky Jim, The Outsider, Strike the Father Dead. Well left of centre and with loads to enjoy but nothing that set the mind ablaze. It took the American Beats to do that.

Jack Kerouac in his List of Essentials gives some guidance as to how the business of writing ought to go. “Scribbled secret notebooks, and wild typewritten pages, for yr own joy.” “Accept loss forever,” “Be crazy dumbsaint of the mind.” “Blow as deep as you want to blow.” “Be in love with yr life.” “Writer-Director of Earthly movies Sponsored & Angeled in heaven.” You put Charlie Parker on the player, you find your records by Lester Young and you play them. The be-bop rocks and you follow where it goes. Out of the other end comes On The Road, Howl, Go, Gasoline, The Dharma Bums. These works were not just ideas on wheels but directories of where to look and what to read and how to live in this mad, naked, hysterical world.

When I turned around, over here, with Kingsley Amis already shifting to the right at a rate of knots and John Wain on a literary scholarship in the hillside heart of careful Wales there was not a single original beat in sight. We didn’t do that. Hang out where the music was, our minds expanded, the truth just there to pick up and touch. We didn’t have a Charlie Parker nor a Birdland. Instead we had Alexis Korner and Blues Incorporated, Klooks Kleek and the Marquee on Wardour Street. In Cardiff we had Top Rank and the Moon Club. The writers mixing with the musicians and the whole creative foam rising in a glorious unstoppable tide. No, we actually didn’t do any of that.

The nearest to a UK Beat Generation had to be the poet Chris Torrance and some of the writers in his circle – the haiku master Bill Wyatt, the mad saxophonist Barry Edgar Pilcher and at a distance the super cool Lee Harwood, the endless publisher Dave Cunliffe and that inheritor of Ginsberg’s breath pattern verse form, ex-pat George Dowden.

Torrance at least lived the life. Reached for answers like Gary Snyder, wrote in a Pound and Olsen inspired open field and moved himself out of Carshalton and then Bristol to a cottage in the back of everywhere at the head of the Vale of Neath. Cross two fields to get to him. Woollen hatted, infinity coming out of his typer.

Ann Charters’ The Portable Beat Reader (Penguin Books) is the best single volume beat intro there is. 650 pages that takes in the whole movement, includes slices from all the classics (and in some cases, Ginsberg’s Howl, the whole thing), work from fellow travellers like Diane DiPrima, Frank O’Hara and John Weiners, Tales of Beatnik Glory from Charles Bukowski, Brion Gysin, Ken Kesey, Ed Sanders, Michael McClure and others, classic commentary from Norman Mailer (The White Negro), Alan Watts (Beat Zen, Square Zen and Zen) and John Cellon Holmes (The Game of the Name), material from the man who got inspired to glory by the whole deal (Bob Dylan) and, most importantly of all, hard core mainstream material from Kerouac, Ginsberg, Burroughs, Corso, Gary Snyder, Lawrence Ferlinghetti and more.

No Torrance, he’s a genuine outsider.

Beat inspired I’m at the player now hunting out my Charlie Parker. Anthropology. I'll add a bit of Mingus. Then some Monk. Transcendental. Just how Kerouac said writing should be.